Updated SAT/ACT Concordance Tables… What do they mean?

College Board (the producer of the SAT) and ACT, Inc. (the producer of the ACT) regularly compete as the nation’s top college admission testing companies. Recently, ACT and College Board actually collaborated to release new, accurate concordance tables to allow students, colleges, parents, etc. to compare SAT and ACT scores. What does that mean for you? For many of our students, it simply means that more research supports the score comparison they were already using, because much of the table didn’t change. However, at the high end of the score ranges, the equivalent ACT score is higher than was originally thought, and at the low end of the score ranges, the reverse is true: the equivalent ACT score is lower now.

Let me give you some examples.

Beyond allowing for the comparison of overall (total and composite) scores, the new Concordance Tables also allow for the comparison of some section scores (SAT Math vs. ACT Math and SAT Evidence-Based Reading and Writing vs. ACT English + Reading). This will allow students to make a more informed decision when comparing their performances on the two tests, rather than having to guesstimate what the “equivalent” score on the same section would be.

Okay, that’s all well and good, but what are you supposed to DO with the information in the new concordance tables? Well, we always recommend that our students try out each test—risk-free. We recommend that you take a free official practice test for both the SAT and the ACT (your PSAT can also serve as your “SAT” score for this comparison), and then decide which test is a better fit for YOU. Ignore the rumors you’ve heard: that the SAT is for reading/writing people and the ACT is for math people, or that the ACT is “easier”, or that the SAT is what colleges in Texas prefer (not true!). Instead, try out each test and let the data help drive your decision.

If you score considerably higher on one test than the other, your decision will be easy. If, like most students, you score comparably on the two tests, then there are other factors to consider. Which one did you feel more comfortable with (or prefer the most)? Which one have you prepared for the most? How attached are you to your calculator—or to your formula sheet? How do you feel about time pressure? All of these questions can help you choose the most appropriate test for you. We can also help you make this decision—we are happy to sit down with you and your parents for a free thirty-minute consultation, during which we will look at your scores and your goals and help you design an individualized test preparation plan. Just call our office at (512) 453-7272 and schedule a free consultation with one of our test preparation experts. 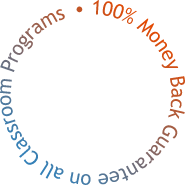